What do the patients think of blended treatment? Preliminary results from the UK

What do the patients think of blended treatment? Preliminary results from the UK

The E-COMPARED team in the UK carried out focus groups with former service-users to explore perceptions and experiences of using Moodbuster in addition to face-to-face therapy.

Thirteen people who have experienced Depression and/or Anxiety in the past were recruited to form a service-user advisory group. Previous to the focus groups, advisory members were briefed on the blended nature of the intervention and were trained on how to use Moodbuster. Members were then allocated two modules to complete, Psychoeducation and one other module (cognitive restructuring, problem solving, and physical exercise).

The focus groups explored a range of topics relating to usability and engagement. Based on the feedback from the first focus group (N=4), Moodbuster appears to be generally well received, with some advisors noting how helpful and enjoyable it was to use the online platform. 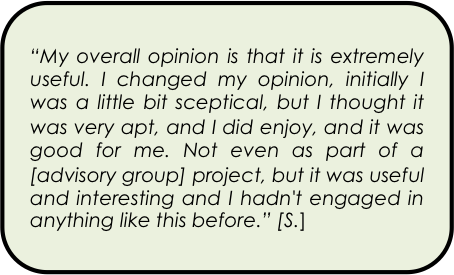 Others noted that the blended sessions could be useful in facilitating learning and reflection. 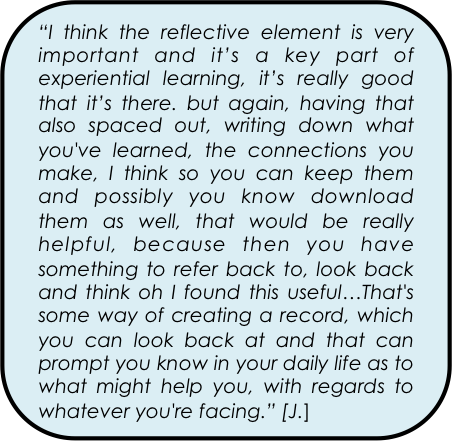 Users also noted the usefulness of different features of Moodbuster:

While the platform was deemed to be well developed, the advisory group members agreed that it was not enough to produce successful therapeutic results on it’s on. Advisors spoke of this in relation to the need of human contact as a means of guidance and support, especially when symptoms are prominent, and motivation to engage in treatment is low. 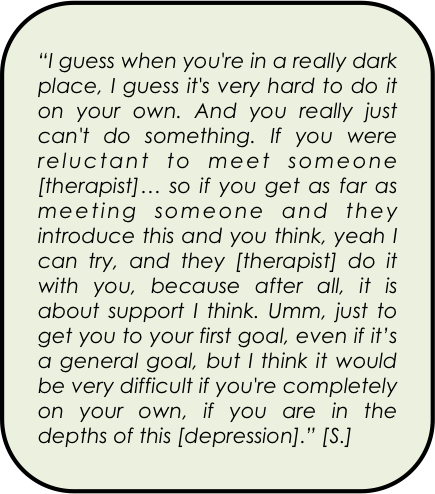 Having blended therapy was perceived as a mean of not only ensuring that everyone had access to useful information and techniques about treating depression, but also about getting feedback and reassurance during this process. 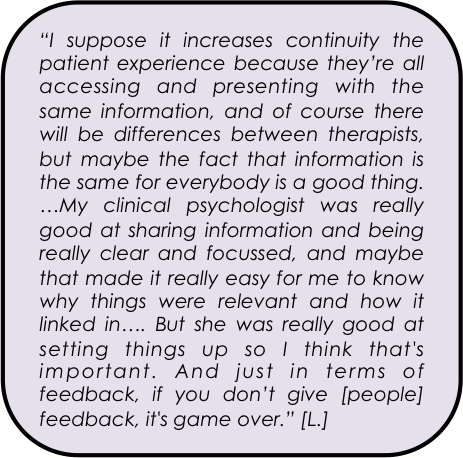 Although these quotes were taken from one focus group, these themes were mirrored in the feedback provided in other focus groups, which have yet to be transcribed. It is hoped that the data form the focus groups will be collated, analysed and submitted for publication in a peer reviewed journal this year.